Prior to the 2015 election, the Premier had been Leader of the Opposition and Leader of the Queensland Parliamentary Labor Party following the March 2012 state election.

She has represented the Inala electorate in the Queensland Parliament since September 2006.

The Premier served as Chair of the Parliamentary Ethics Committee and following the 2009 election, she was appointed as the Minister for Disability Services and Multicultural Affairs.

She was appointed Minister for Transport in February 2011 and held the position up until the March 2012 election.

Ms Palaszczuk was the recipient of a British Council Chevening Scholarship enabling her to study for a year in London at the Institute of Commonwealth Studies and the London School of Economics.

She was born in Brisbane on 25 July 1969 and attended Jamboree Heights State School in Brisbane and St Mary’s Catholic College, Ipswich.

Before being elected to the Queensland Parliament she worked as a part-time sales assistant; a tutor with the Aboriginal and Island Students Service at the University of Queensland; tutor at the Australian National University; and as an adviser to federal and state MPs and Ministers.
Speaking At
Day 1 Welcome
Country (Address)
Australia 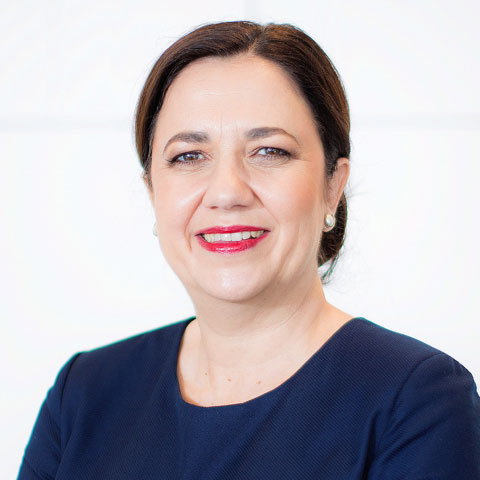