Full Name
Todd Abbott
Company
ABC
Job Title
Head of Comedy
Biography
As the recently appointed Head of Comedy at the ABC, Todd Abbott leads the commissioning and creative execution of the public broadcaster’s narrative and scripted comedy programs across multiple platforms. He has produced landmark television programs including the iconic comedy series The Dream with Roy & H.G. and the globally-lauded ABC series Please Like Me with Josh Thomas. Other career highlights include reimagining Geoffrey Robertson’s Hypotheticals for Seven, rebooting Rove for Ten in 2007, and producing Judith Lucy’s Spiritual Journey for the ABC and the short-lived but fondly remembered Micallef Tonight for Nine.

Abbott has produced not only comedy and entertainment, but also sport, current affairs and documentary content for the ABC, Seven, Nine, Ten, Foxtel, Stan, Amazon Prime and Pivot. Prior to joining the ABC he was Creative Director at Guesswork Television, where he produced and developed scripted and non-scripted programs built around comedians and worked with teams on shows including Rosehaven, Frayed and The Weekly with Charlie Pickering. For Guesswork he also produced the Stan Original Australian Lockdown Comedy Festival, featuring 25 stand-up comedians filmed, directed and edited remotely during the COVID-19 pandemic, and a series of one-hour comedy specials for comedians including Celia Pacquola, Judith Lucy, Lano & Woodley, Tom Walker and Dilruk Jayasinha for international release on Amazon Prime Video.
Speaking At
Meet The Buyers: Scripted 2
Roundtable topic
Make ‘em Laugh - How to Pitch Your Comedy Idea
Ready, Steady, Pitch! topic
What am I looking for? I’ll know it when I see it.
(Half-hour narrative comedies driven by a singular creative passion and not afraid of being funny is a good start.)
Country (Address)
Australia 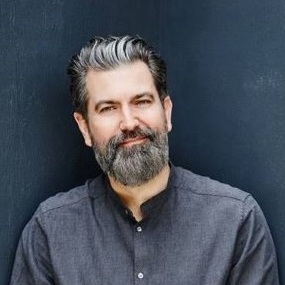